The next morning the Martins set out early for a morning drive, and they were in for a treat!  Colorful Bee-eaters, hornbills and fish eagles were plentiful.  It was also baby season for the Impala, and they saw many tiny baby Impala newly on their feet! 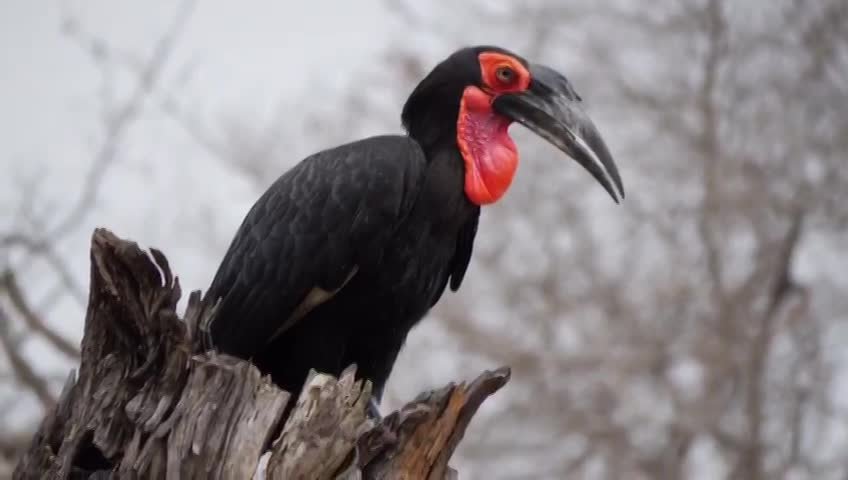 A short video clip of a stunning Ground Hornbill.  This was one of a pair that were calling to each other with a deep haunting "le-hu-tu-tu" call.  Lehututu is the local Setswana name for the Ground Hornbill. 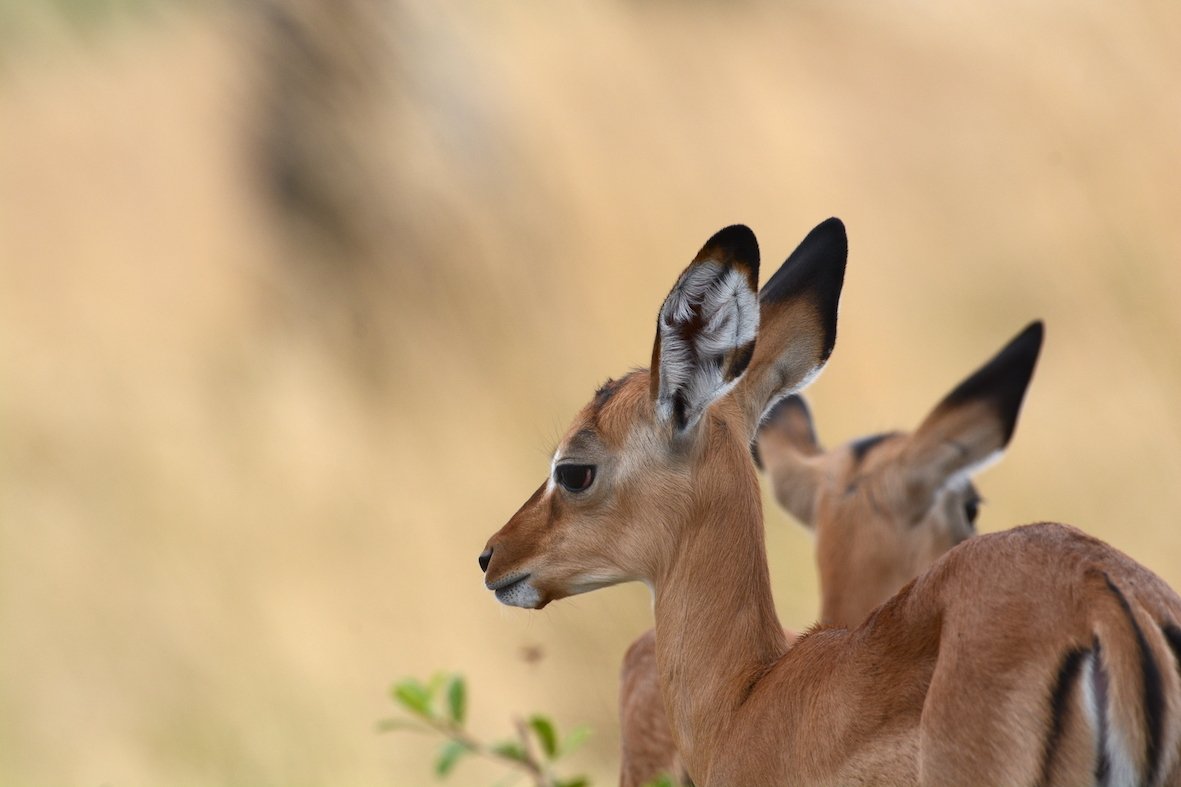 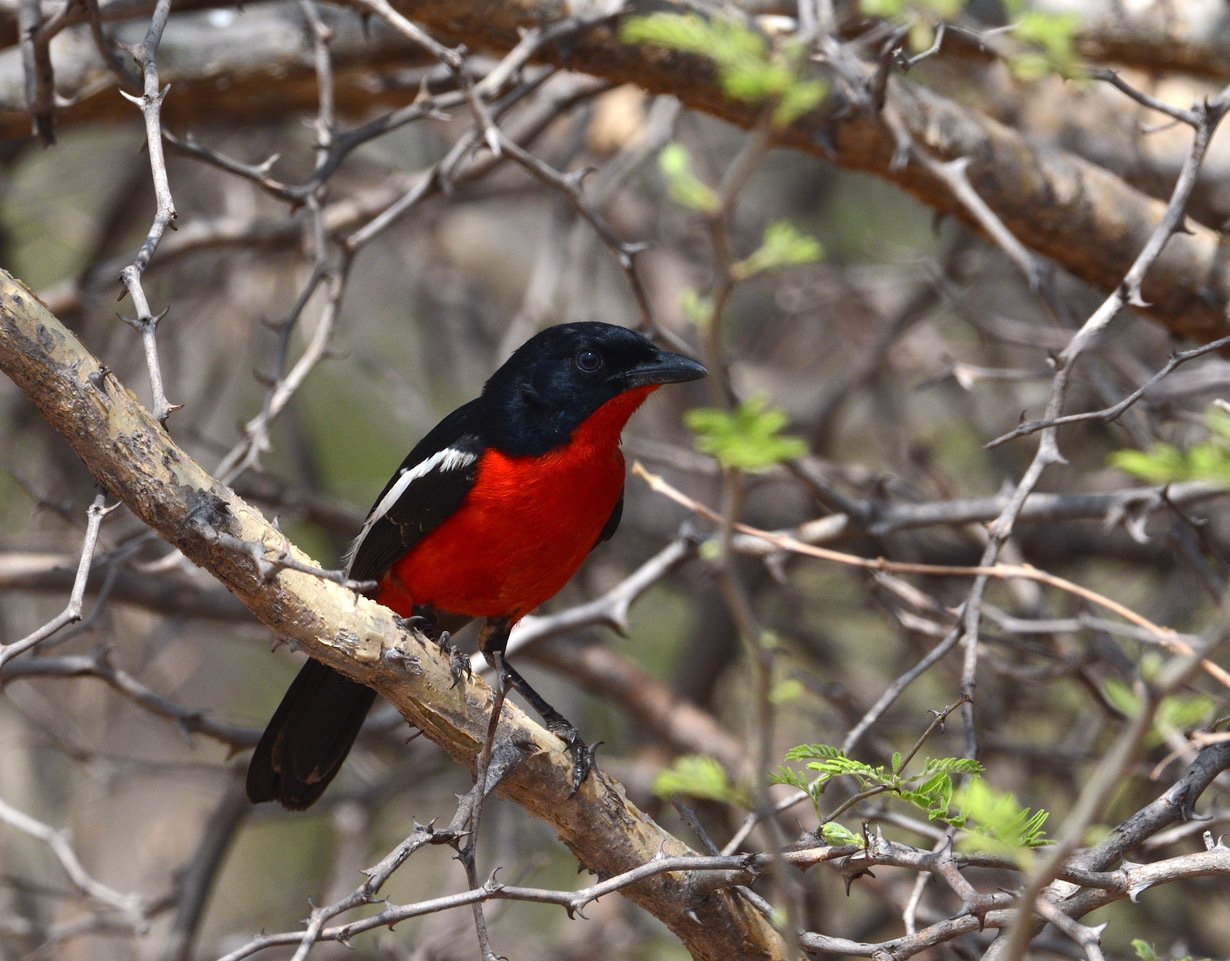 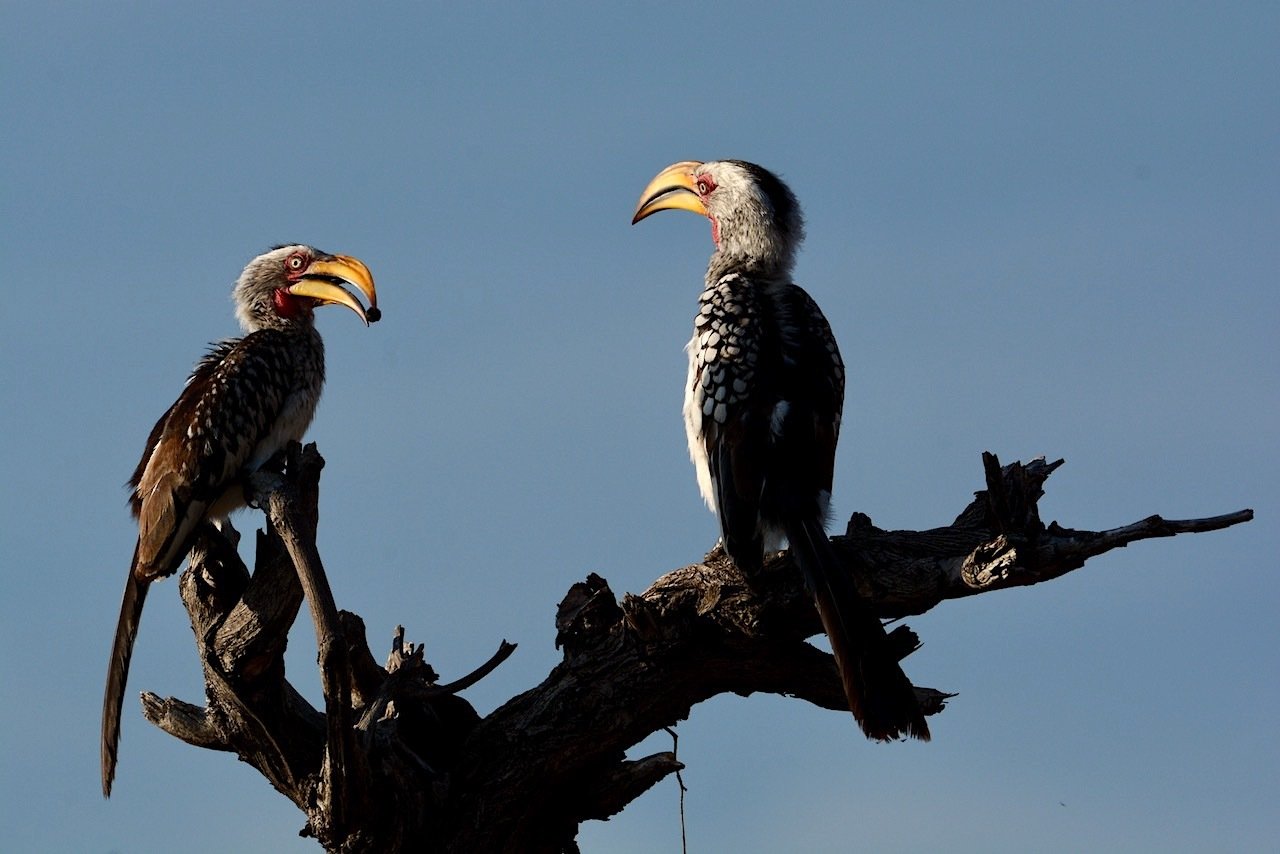 Yellow-billed Hornbill with a nuptial gift! 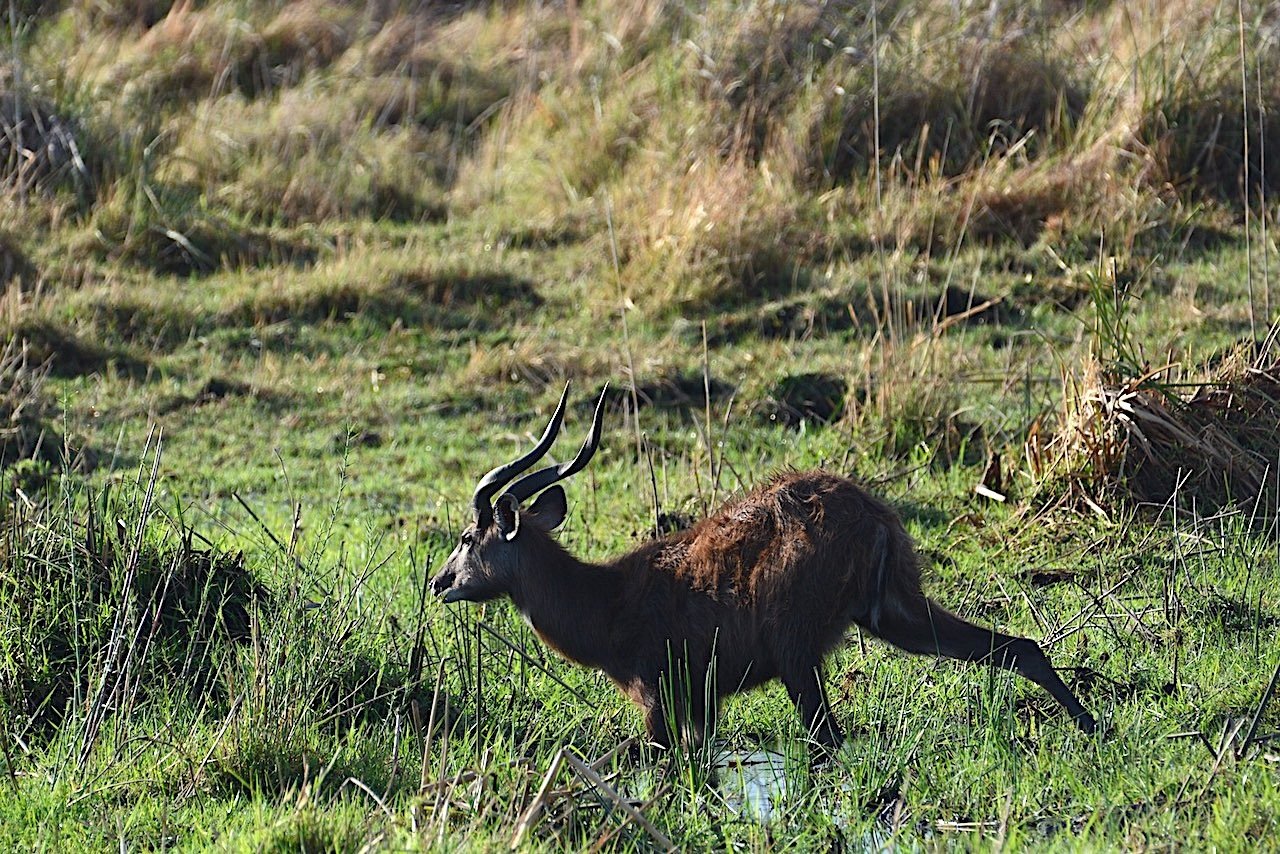 A special moment occurred when Quinton spotted a sitatunga, which is a rare swamp antelope.  In all his years spent in the bush, Quinton has only caught a glimpse of this rare animal a couple of times. 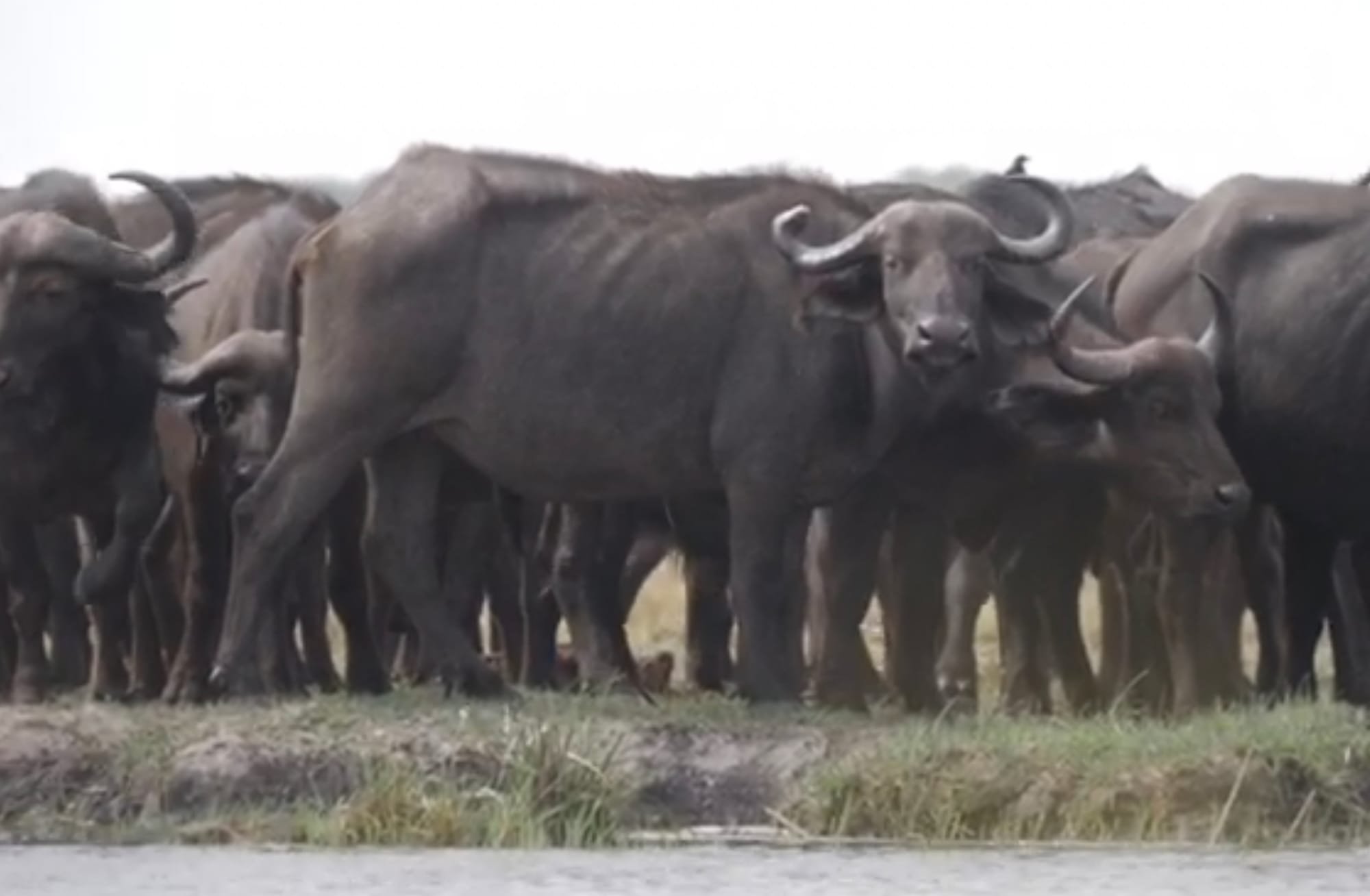 The highlight of the morning came when there Martins set up for breakfast on the side of the river. They were just relaxing and squeezing fresh orange juice, when Quinton called out "BUFFALO!"  They looked up and saw that a herd of buffalo was thundering down towards the river, kicking up the dust. As they watched, the buffalo slowed down as they reached the edge of the river, standing, watching, listening, flicking away the flies, until suddenly one old female plunged into the river.

Liz said this:  "The rest of the buffalo followed in a surge that took my breath away. The sight and sound... the rushed panicky surging energy was so moving that I found myself in tears as they emerged on our side and disappeared into the bushes where they calmed down immediately and started feeding." 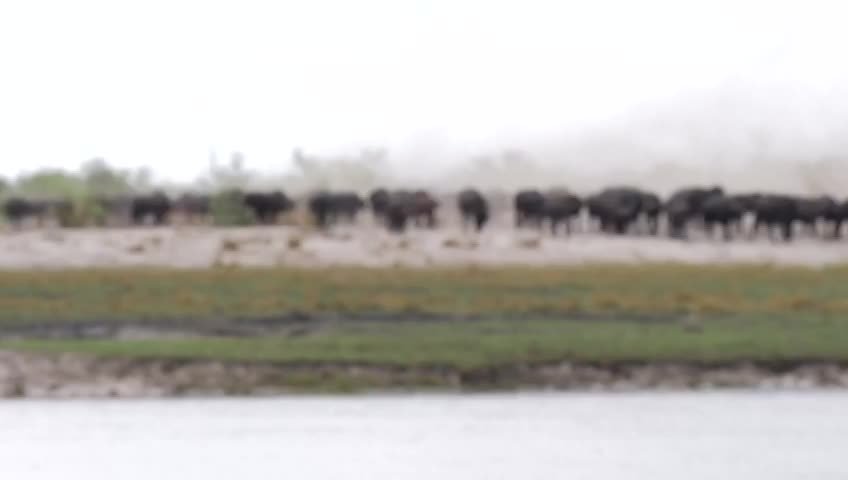