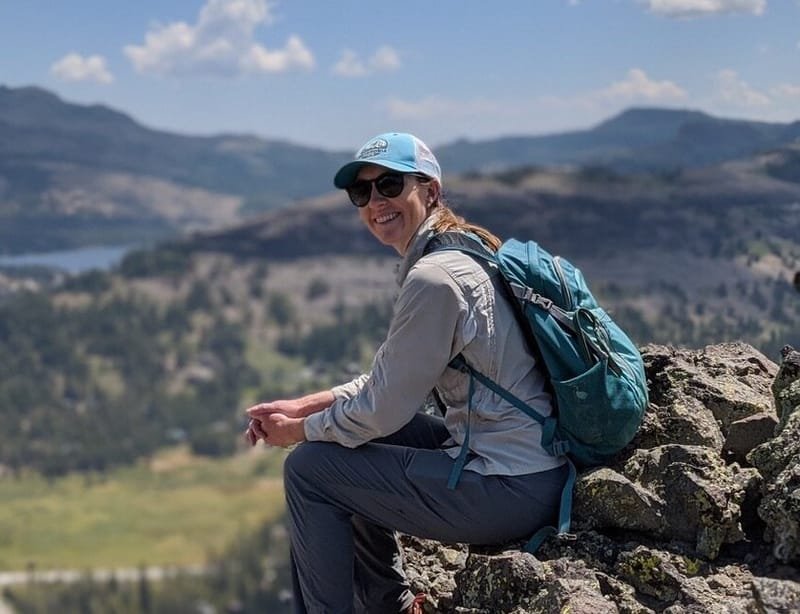 Carolyn is an ecologist whose passion is wildlife conservation. Throughout her career, she has focused on minimizing conflict between people and wildlife, particularly carnivores.

She lived and worked for many years in southern Africa before returning to her home state of California. At the Cheetah Conservation Fund in Namibia, she worked with scat detection dogs and livestock guardian dogs, conducted research, and assisted with the care of orphaned cheetahs. After spending some time in Zimbabwe at the Victoria Falls Private Game Reserve, she began her PhD research on lions in the western Okavango Delta in Botswana. As part of her project, she deployed GPS collars onto lions to examine their space use of cattle areas and had the privilege of working closely with and learning from highly skilled trackers. As a consultant for the conservation NGO Panthera, she conducted a wildlife survey in Luengue-Luiana National Park in southeastern Angola. For many years during her time in Africa she lived in an anti-poaching camp.

After graduating with her PhD in Ecology from UC Davis, she joined UC Division of Agriculture and Natural Resources (otherwise known as Cooperative Extension) as a Human-Wildlife Interactions Advisor. Her focus now is working to minimize conflict with species ranging from CA ground squirrels to coyotes to mountain lions. She serves on the Science Advisory Council for the Mountain Lion Foundation.

When not working, Carolyn enjoys hiking with her Nova Scotia Duck Tolling Retriever and traveling the world to see wildlife.