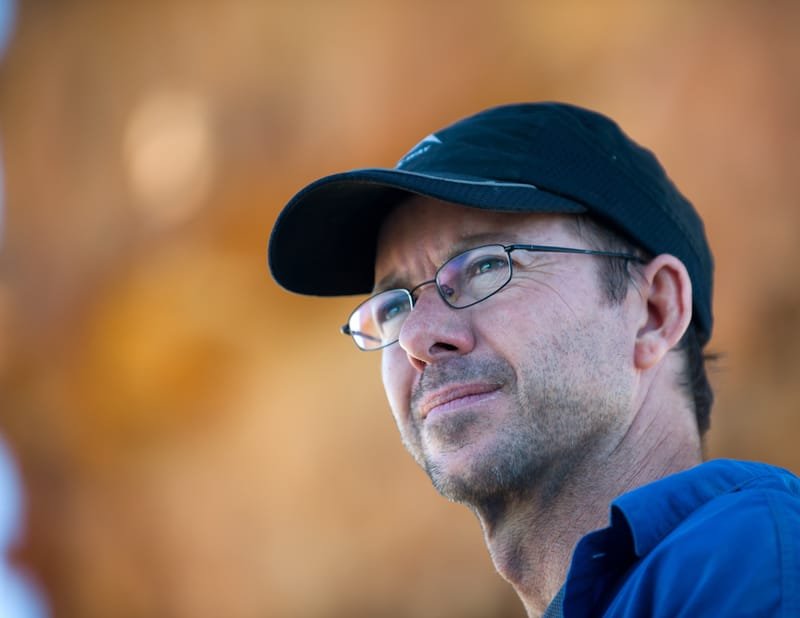 Quinton is a passionate conservationist from South Africa who has dedicated over 25 years to wildlife, as a professional safari guide in Africa and a scientist specialising in big cat research. He is True Wild’s safari advisor and one of our expert guides.

In the early 1990’s Quinton Martins began his career in the African bush wilderness, where he spent 10 years throughout Southern and East Africa as a professional safari guide, safari camp manager and specialist guide. In this time he developed a deep love and understanding of wilderness and wildlife, with a particular interest in big cats such as leopards and lions. His work led him to work for some of the best safari operations in Africa including Wilderness Safari’s and Conservation Corporation (&Beyond). Quinton led safari expeditions into some of the most remote wilderness areas, sharing local knowledge of the fauna and flora with participants, often wildlife photographers, so as to interest them in environmental conservation. He obtained the highest guiding qualification available in South Africa – Field Guides Association of South Africa (FGASA) - Level III. His ability to manage difficult situations resulted in Quinton being chosen to lead a month-long expedition to the isolated desert of Namibia to collect scorpion specimens for the Smithsonian Institute based in Washington DC and Windhoek Museum (Namibia). He was also employed to set up a gorilla research site in Lopè National Park in Gabon for a European conservation organization Programme de Conservation et Utilisation des Ecosystèmes Forestiers en Afrique Centrale (ECOFAC).

In 2000, Quinton began his scientific career as a mature student studying Biology at the University of Cape Town. After completing his undergraduate degree in Science, he became intrigued by the elusive mountain leopards of the Cape, South Africa. These leopards were known to be much smaller than the ‘normal’ African bush leopard, but little else was known about them. Quinton decided to set up a study of these ghost-like creatures, and began his research independently and entirely self-funded. He soon realized that these diminutive leopards were under severe threat due to conflict with farmers and that studying them without taking action to conserve them was pointless. Passionate and driven to conserve this threatened population of apex predators, he sold all his belongings, including his car and all his precious professional camera equipment, hitch-hiking to his study area in the Cederberg Mountains of the Western Cape in order to conduct the research. When his finances were completely depleted a member of the farming community, Johan van Der Westhuizen, stepped in to assist him in his efforts. It was then in March 2004 that he co-founded the conservation and research non-profit, the Cape Leopard Trust (CLT) with Johan. From the beginning, the CLT’s mission was to conserve not only leopards, but the environment they inhabited, using this charismatic animal as a flagship species drawing attention to broader environmental issues. The conservation and environmental education work was based on sound scientific research forming the backbone of the organization which aimed to protect leopards, their habitat as well as to educate, inform and inspire people about nature.

For 11yrs Quinton Martins headed the CLT. He still managed to lead a few safaris and completed his PhD through the University of Bristol, UK, on the Ecology of Leopards in the Cederberg Mountains.  Through his fieldwork Quinton developed expertise in trapping and collaring. Trapping large, far-ranging carnivores requires skill and patience. Quinton always pushed the boundary with his trapping, putting a great deal of effort into improving on the design, materials and methods over the years, for the safety of the animals and trapping efficacy. He successfully completed over 40 leopard captures.

Quinton has an exceptional ability to “think out of the box” and come up with novel ways of generating momentum and increasing conservation impact with minimal resources. In tandem with the leopard work, Quinton initiated several other projects that were linked to either leopards or environmental conservation.

In 2015,  Quinton moved to the USA with his family and initiated Living with Lions, a mountain lion research project in Sonoma, CA. under the umbrella of  Audubon Canyon Ranch (ACR). The project focus uses an iconic terrestrial predator, the mountain lion, to connect people to nature and preserve the habitat in which these large cats roamed. Quinton’s work involves a robust scientific ecological study of mountain lions in Sonoma and Napa Counties, educating the public through public presentations, media outlets and one-on-one landowner engagement, as well as working with non-profit and government conservation agencies like California Department of Fish and Wildlife (CDFW) and the National Park Service (NPS) and supervising post-graduate students.

Quinton no longer works as an employee for ACR, but instead ACR employs the services of True Wild and Quinton to conduct the mountain lion research, giving him time to focus separately on his bigger conservation goals and placing more attention on the human-wildlife conundrum.